Postmortem:
What I learned:​​ 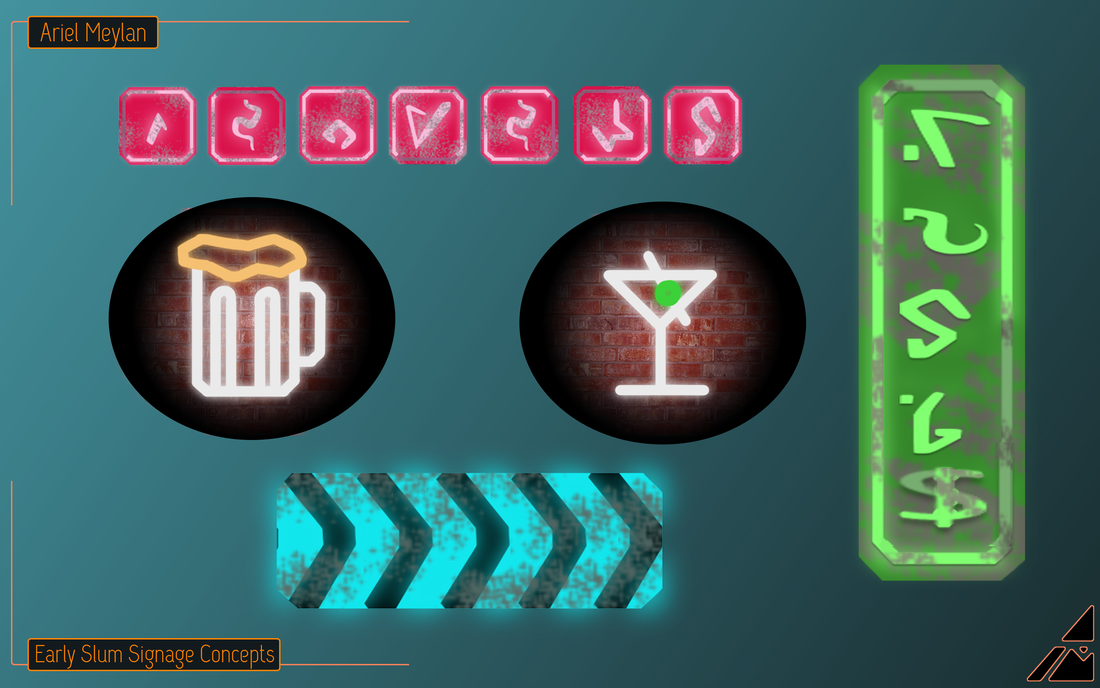 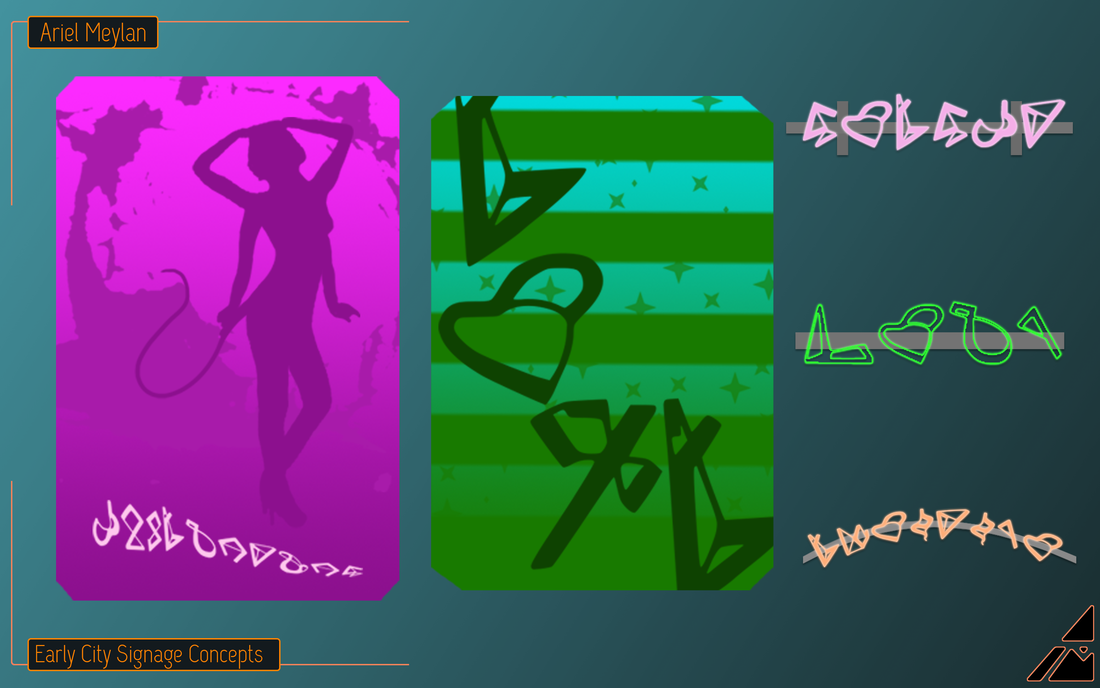 Early Development:
While our theme was beginning to take shape, I worked a bit on concepting potential environments.

However, once we decided on a city/slums environment, I was tasked with concepting signs, posters, and other things to make the space looked lived in and cluttered.  I worked to make the slums signs worn and cheap looking and the city signs posh and clean.  At this point we had a basic art style guide which I referred to while concepting.  The other artist tasked with making signs also created a custom alien alphabet that I worked into my later concepts.

Unfortunately, the area of the track my signs were placed got cut and didn't make it into the finished game.

Clutter:
Eventually, I was taken off concepting slum signs and began concepting city signs.  For these, I based much of my ideas on neon signs and digital billboards.  Originally, I planned on implementing the neon signs as emissive splines.  To make them cheaper though, I implemented them as alpha cards.  Only a couple of the simpler signs made it into the final game.
​
I planned on making the posters emissive with a scrolling texture to make it look as though they were on a screen.  These didn't make it to the final game, however.

I also created some of the bones in the desert track and helped unwrap and texture them.  Many of them were cut though.

UVs:
After concepting, I moved on to the modelling pipeline and stepped in to help unwrapping assets.  Some of these were small, clutter items and some were the larger buildings in the city track.  I also reunwrapped certain models whose UVs didn't work together with their textures. 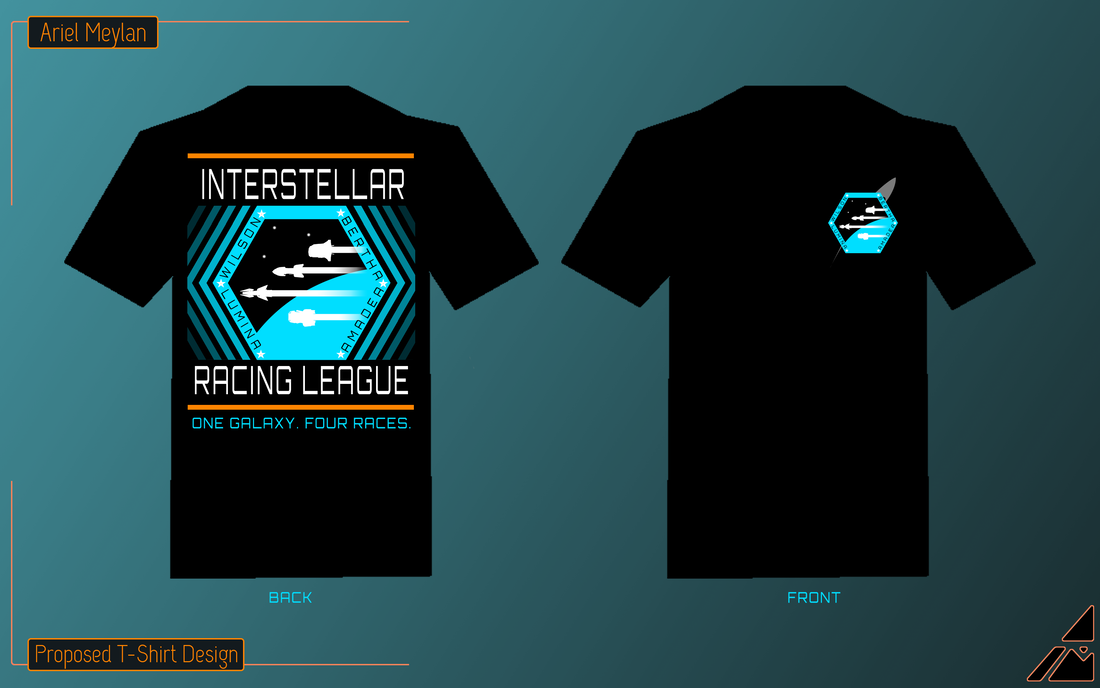 Marketing:
As things were winding down towards the end of the project, I submitted a t-shirt design for our game.  I combined components of previous submissions with my own ideas.  Parts of it were incorporated into the final design.